To commemorate the 20th Anniversary of ART OF WAR, a complete
new series of “For Honor” has been released. 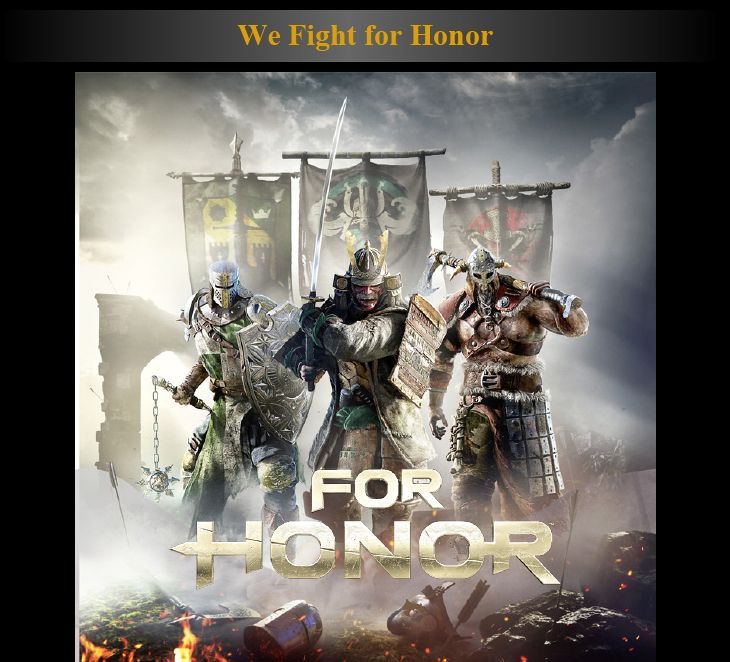 “For Honor” is an action game released by UBISOFT ENTERTAINMENT SA, a French multinational video game
publisher.(Play Station®4, Xbox One, PC- All were released on February 16th, 2017, worldwide). For Honor is the
grand scale magnificent action game which includes historical forms of soldiers and warriors, which has three
powers and have 12 different heroes.

The Art of Battle, For Honor’ s innovative control system, puts in total control of 12 heroes. Each 12 heroes
has distinct skills and uses unique melee weapons. Combat is designed to deliver the feeling of true dueling
without sacrificing accessibility and simplicity. It has been created through motion capture by real martial artists
and professional stuntmen to bring the action to life like never before.

The Vikings vanished centuries ago, fleeing their crumbling
homelands for shores unknown. Those left behind were
conquered by the Knights and assimilated into their cultures. 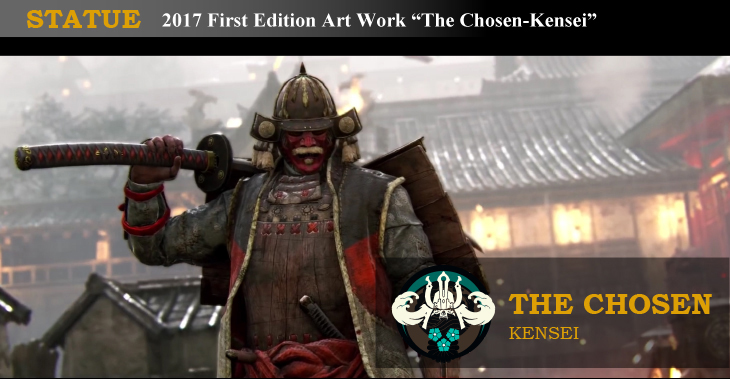 History has not been kind to the Samurai

Originally from a land far away across the seas, they tell a tale of an Emperor and a homeland lost to sea and fire. Nearly a millennium later, the nomadic nation has ceased its wandering and built a new empire near the reclaimed homelands of the Vikings and the contested lands of the Knights.

Having spent the last decades acclimating to the marshy hills known as the Myre, they flourish but remain vastly outnumbered by their neighbors. They have to rely on greater martial skill, cunning, and devotion to their culture in order to survive – for they may be the last of their kind.

Kensei are the living incarnations of Bushidō, the samurai way of the warrior, or as close as one can get. Masters of multiple martial arts, they are trained from infancy to fight and die for their emperor or their fellow samurai without asking why. Kensei wear heavy armor and fight with the nodachi, a longer version of the katana that cleaves enemies in a few elegant and powerful strikes. Kensei spend their lives fighting and training as they strive to attain a level of perfection few other warriors can ever hope to achieve.

To commemorate 20th Anniversary of ART OF WAR, we will start a complete new series,
“For Honor” .The series includes three factions, which represents “Samurai” , “Knight”
& “Viking” which is a grand scale game. It drew a realistic representation in form of
maginificent action game of the legendary warriors in the battle of east and west in
history In this game, the theme like “History” & “Samurai Warlords” is included, where
our company is also established with the same theme since the very beginning. Also, in these 20 years of business, we have been using the theme of “Viking” several times in various parts of art work in our company. Therefore, we have started to develop the statues “For Honor” thinking that we are the only company who can reproduce historical warriors of East and West faithfully.
I mainly focused on the thing that “The UBISOFT Company, main headquarter in France mainly focused on main character as “Samurai”among other characters in the game. We have been developing the costumes of samurai since our establishment, as a result, the texture of the armor and costumes was able to reproduce faithfully. At first glance, it immediately made me realize that ART OF WAR workshop can develop this three dimensional product with world’ s highest quality.

With the game title, “For Honor” , I feel a strange tour of alignment. We had kept our company’ s name as “Kensin” which was derived from the famous samurai warrior of Japan called “Uesugi Kensin” . He fought in the battle for “honor” and “justice” just as same as “The Kensei” . It has been 20 years since our establishment. To commemorate the 20th Anniversary with the brand name, ART OF WAR ( 孫子の兵法), it is our honor and perfect start to work on a new game series this year. Hence, we would like to pour our technologies which has been cultivated until now and deliver it to the people all over the world.