Home > BERSERK > Sold Out Items > No. 437 Armored Berserk: Skull Helmet (Iron Rust Version)*(with red and green crystal eye parts present)*Sold Out!!!
Please read all the details below before you send inquiries for this item.
We strongly require every customer to confirm the Shopping Guide before order/pre-order from this site. 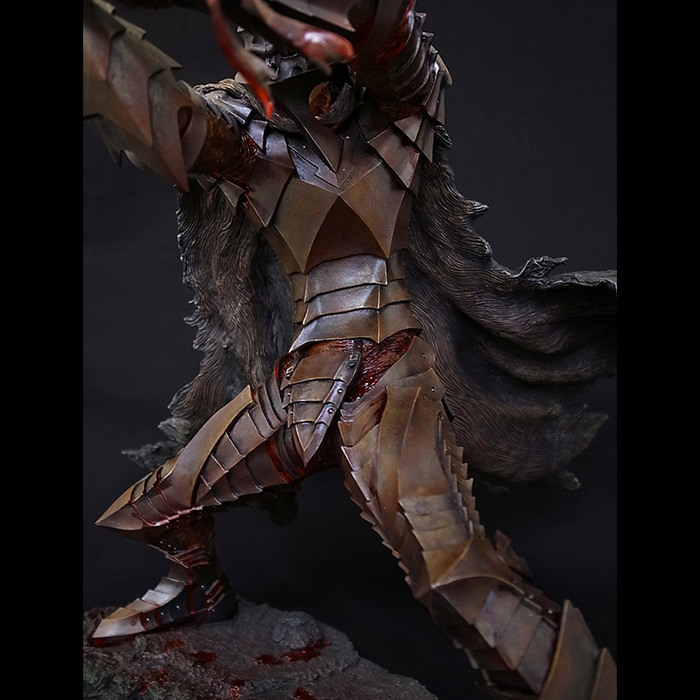 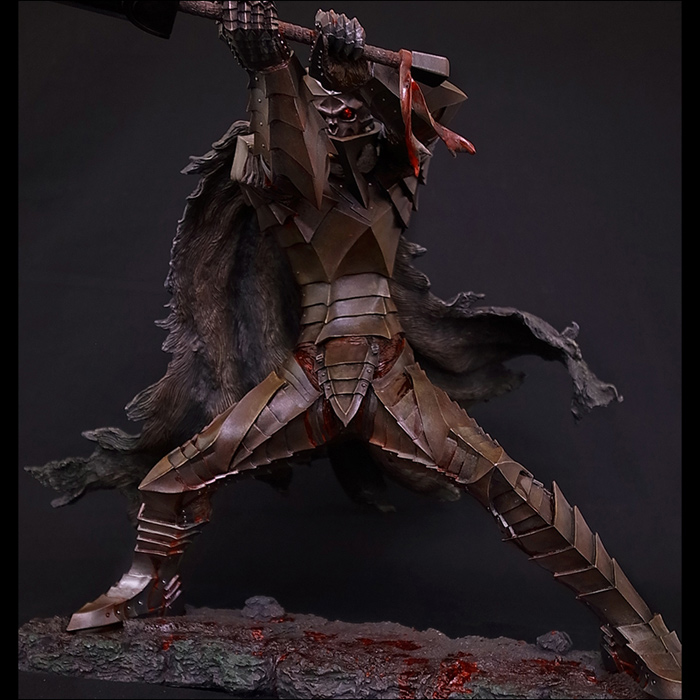 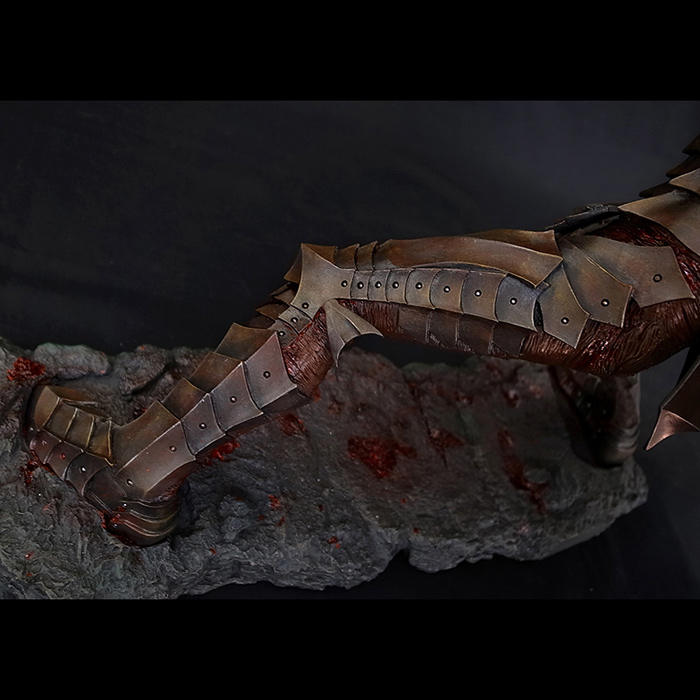 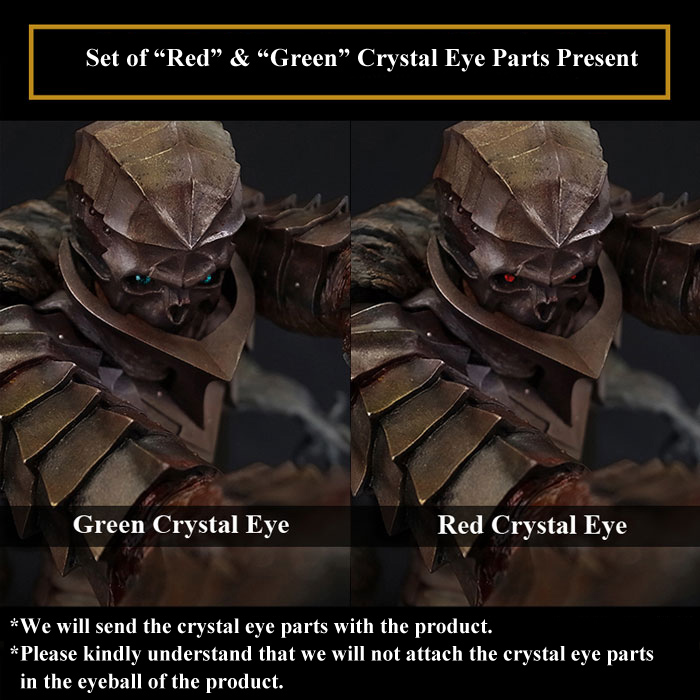 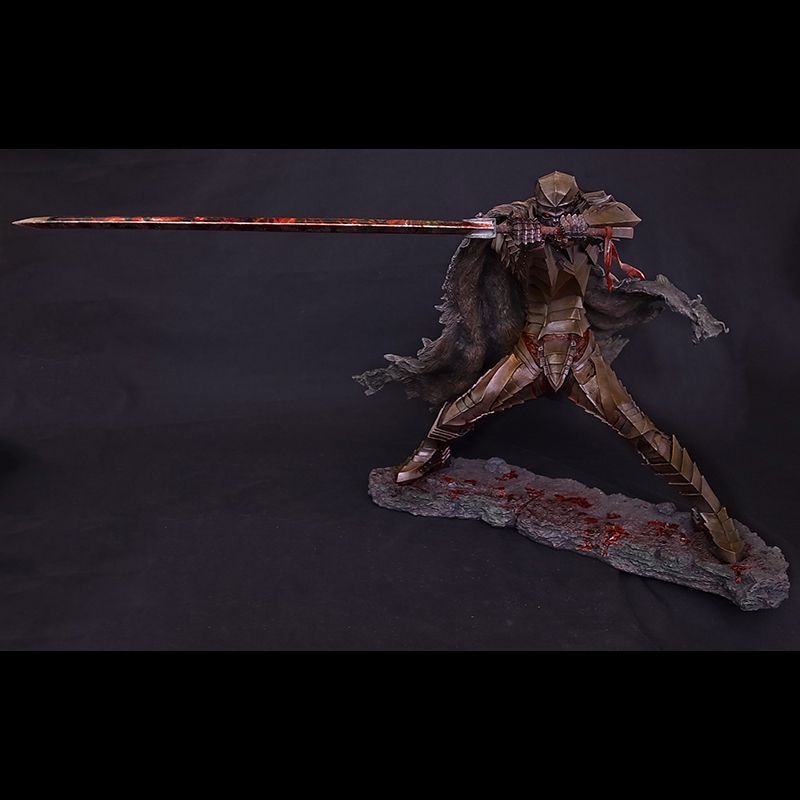 Due to the request of customers, we have released this product again from the stock of warehouse.

Estimated Delivery Date: around 30 days after the confirmation of payment.

With the master of Schierke, an old friend of Skull Knight, due to enormous power the fetish of the Skull head is changed to a strong Skull helmet armor. This helmet is passed on to Guts who has been injured and is at the end stage of life. This scene is when the skull helmet armor is pass on to Guts which is the important armor that connects Geiseric and the Skull Knight. Guts wearing the skull knight armor are a protector, with the insertion of the armor in his body; his part of the body is changed and brings a major turning point in his life. After this, Guts is changed into “Berserker” which has gently increased his combat capability.

We were planning in the production of the Berserk 20th Anniversary with Skull Knight face model since the beginning, however, we were unable to bring the balance in the armor for this modeling. With a long planning and the time, we finally are able to reproduce this master piece.

The modeling of the item is the turning points of Guts as a Berserker, where the body part of armor is taken from “Berserk 2015”. The skull helmet is a complete new modeling with a greatly improved mantle which shows strongest part of the turning point. In order to match the skull helmet with the body part, we have been repeatedly working with the modeling of this item for more than one and half year. Finally, we are able to present a complete modeling which looks exactly same and quite real. In the original appearance of scene, Skull head face is almost not seen. Therefore, it was difficult for in the modeling of the three dimensional models of Skull head image. This was done by modeling Guts wolf face several times. Finally, with many failure attempts in modeling the head part, we were able to reach to bring the exact original scene of manga in product.

This dark rusty color version is an image of the Eclipse.

● The Armored Berserk – in dark red tone for the first time!
This time, the armor of the berserk is painted in a dark red tone--"Iron Rust" Image.
The rusty repainting has completely changed the image of the product.

● Dark tones express the intricate the iron look.
Red colors are used boldly this time including on every parts of the armor. All the details of the statue, including the rusty look, the skull's head, and the armor are hand polished by our skillful artisans in Japan. The photographs are only able to depict in a small way the real beauty of the actual product.

The whole items express comparative images of Armored Berserk, which persists top quality of statue of ART OF WAR.

* The image is phototype only.