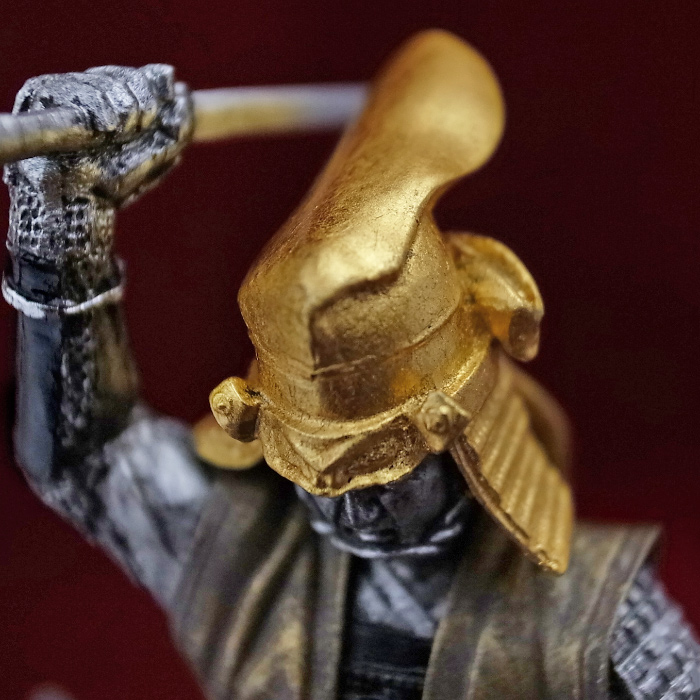 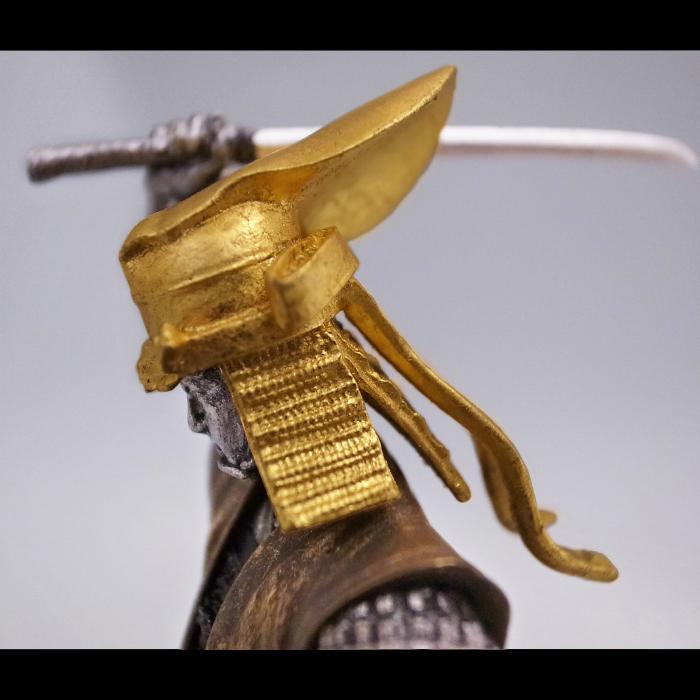 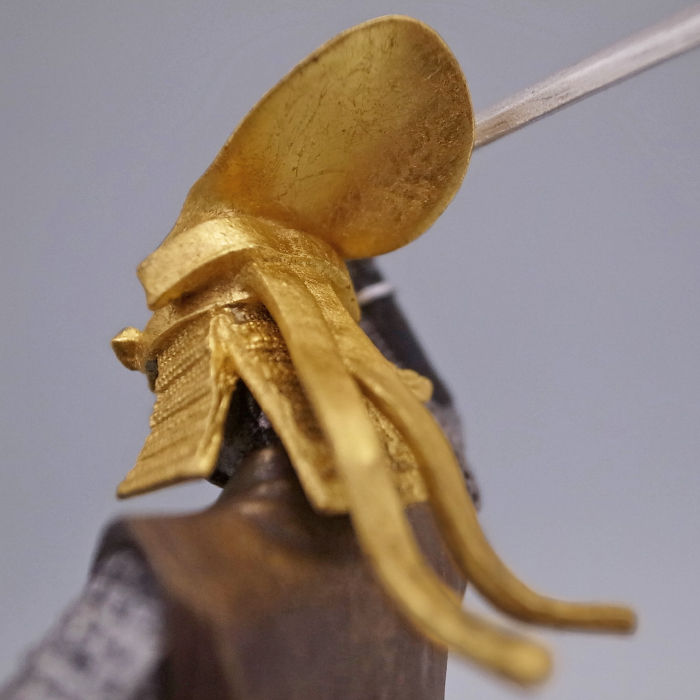 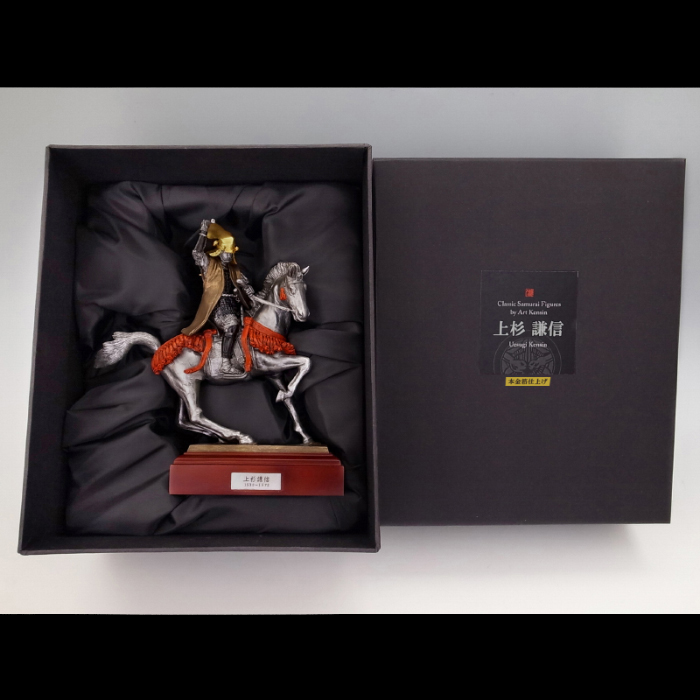 This works represents the most famous scene at the Battle of "Kawanakajima", which is famous for its fierceness. Fighting in the vanguard, Kensin unbelievably dashed into Singen's main camp with only a few troops. Most of our efforts have been made to recreate the vivid feeling of the twinkle when Kensin waved around his sword at his rival, Singen, on the moving horse.

Kensin believed deeply in Buddhism and even thought himself the incarnation of Buddha. In order to represent Kensin's magnetism, we have added golden color to Kensin's armor and clothes, meanwhile have recreated the special sword which has no shell. Only people who do not fear being hurt will use a sword without shell, which is the part of a sword protecting one's hand from rival's sword in battles. On the base of the works, you can see the Japanese word, which was Kensin's symbol painted on the troops' flag.

Of course you can fully amuse yourself with simply the statue of Kensin, while together with Singen's statue, the fighting scene can be represented completely and it will give you the feeling of being at a live performance.

Explanation of changes!
In 2007, the statue of “Uesugi Kensin” was sold out due to more popularity among people. This item is the second series of “Uesugi Kensin”. In second series, the material of the product is changed from pewter to polystone. The shape of the product is same; however, the image is decorated making it lighter in weight. Also, there is a gold platted in the head part of the item.
*The color painting is same as previous series.

ART KENSIN Classic Historical Statues has three characteristics:
●According to the Japanese armor’s expert supervision, there is a detail accurate representation of the image.
●It is made suitable for interior and the sense of unity scale size (Total height 10〜15cm)
●High grade sensation color painting is done. (Our skillful artisans paint every item with hand brushes carefully.
Our products were the first Historical statues which was faithfully reproduced to show the appearance of the famous Samurai warriors of Sengoku Period.

The image is phototype only.