Home > BERSERK > Sold Out Items > No.398 ZODD: REVELATIONS 2015*SUMMER REPAINT VERSION!!*Sold Out
Please read all the details below before you send inquiries for this item.
We strongly require every customer to confirm the Shopping Guide before order/pre-order from this site. 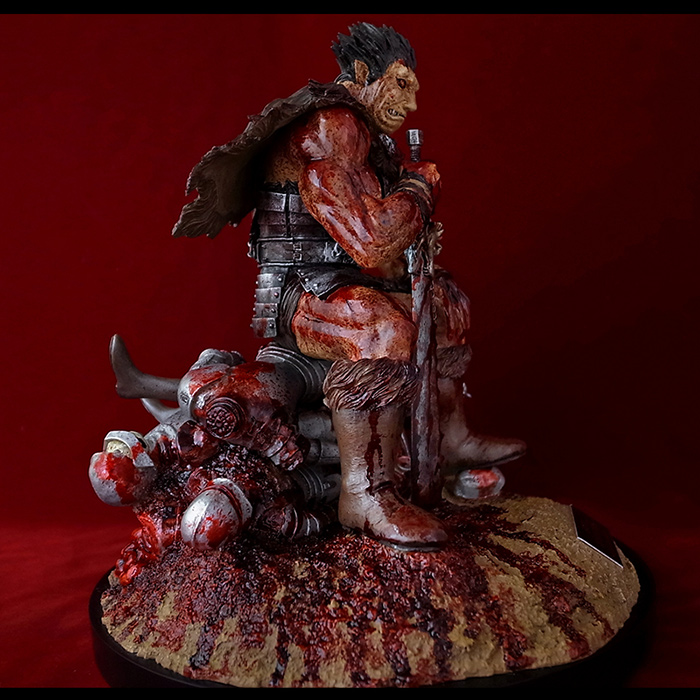 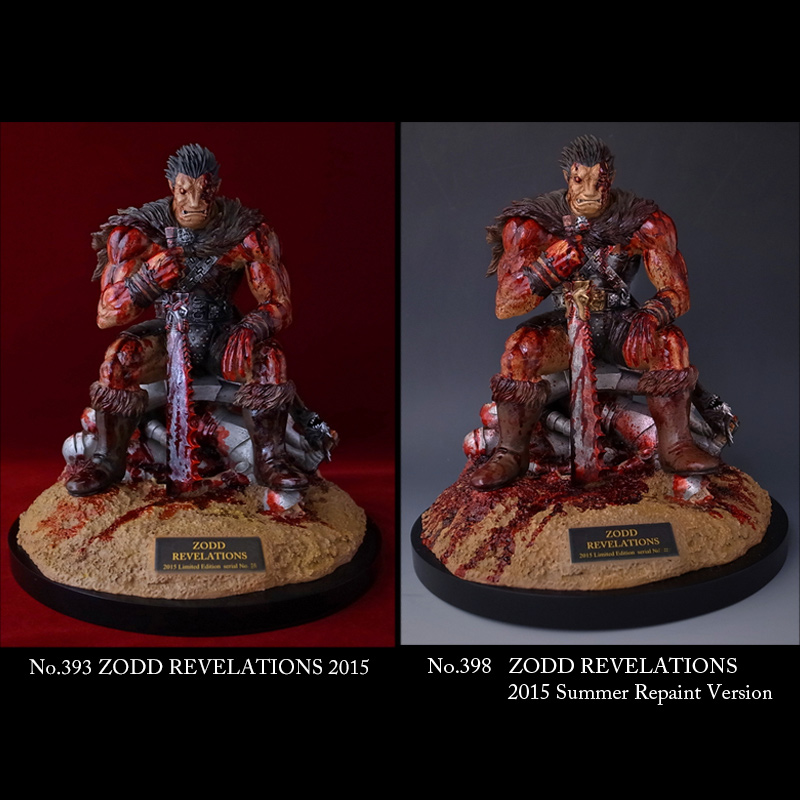 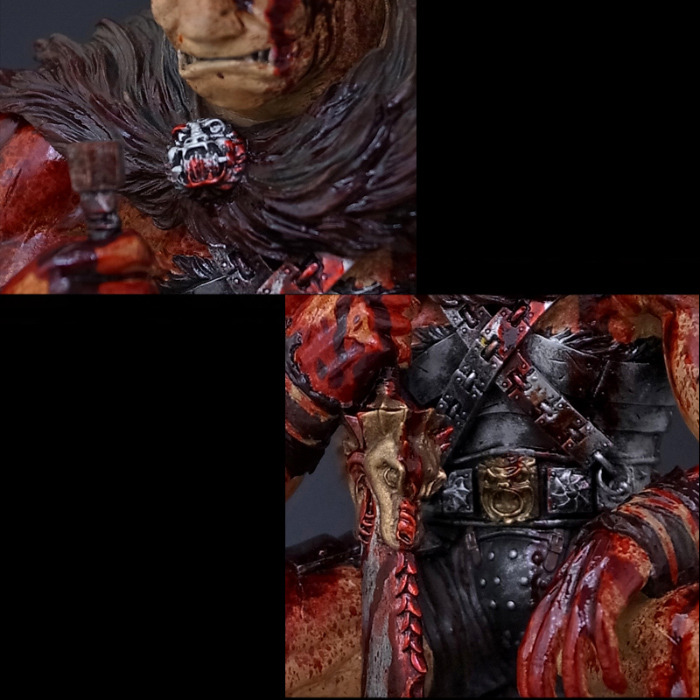 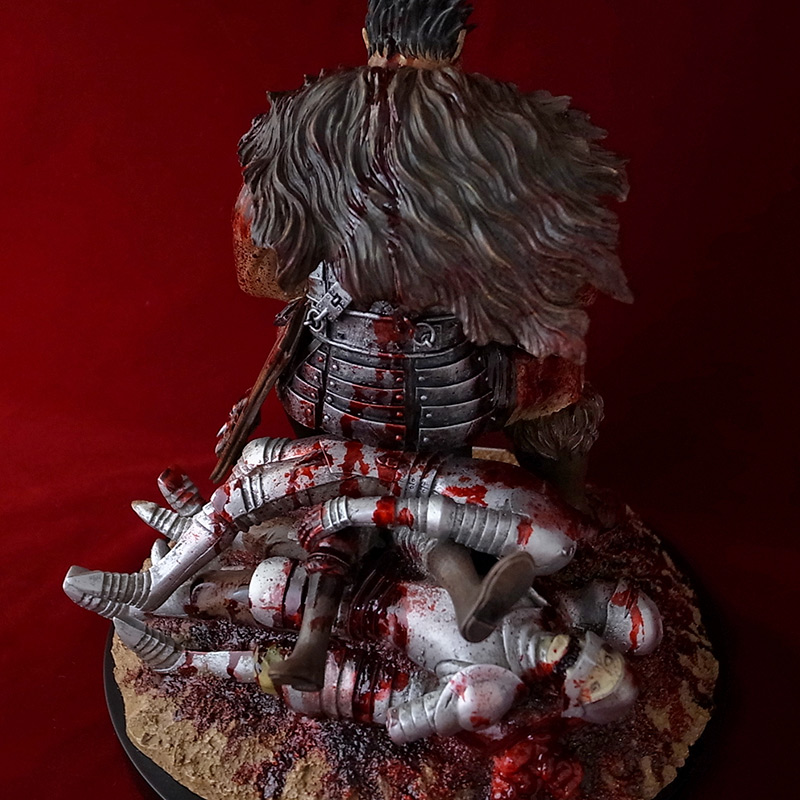 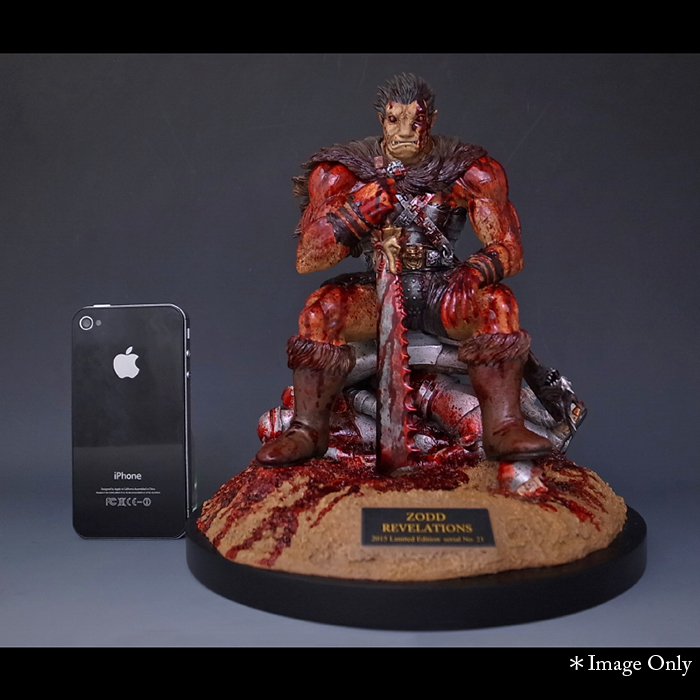 ART OF WAR would like to present a special repaint version of ZODD REVELATIONS.
We present you the brush up version of No.393 ZODD REVELATIONS 2015 with flow of a lot of amount of blood in the base of the item. This has completely change the impression to the item.

Repaint Place
*There is brush up in the whole armor of ZODD in which the detail modeling of the armor can be seen.
*The whole body of ZODD is repainted in such a way that the brightness of the item can be seen. The more details of the item is clearly visible.
* Also, there is additional antique gold in the sword and the waist of the item making it look like the ancient color.

According to the outcome of the last questionnaire from our customers, we decided to answer customer’s requests to reproduce this heavy bloody version for one of our most classic statues: ZODD REVELATIONS, which was released in 2008. The re-release of Zodd be the improvement of overwhelming quality than the last model. It will be delivered to customers with current studio quality.

This piece shows the real strong power of Zodd. He repeats the slaughter and be flooded with large amount of bloodshed painting is expressed in the product. Bloodshed covering the left eye of Zodd symbolizes the Hawk of Light (Griffith)’s obedience and Zodd’s cut off his one horn.

This item is the fearless bloodshed painting, expresses that our skillfull artisans takes time to paint minor pieces one by one. The blood is dripped like the weight of the gravity and is gathered making the blood shade and can feel the power of realistic. The mass production cannot be realized due to the appealing pursue of bold and delicate painting.

*The photo is image only.
Image shown may differ from actual product appearance. Thank you for understanding.